The Science Behind AdaptDx: 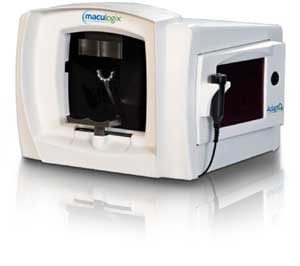 Dark adaptation function, the recovery of vision when going from daylight to darkness, is the only biomarker of age-related macular degeneration (AMD). AdaptDx provides a practical and objective way to measure dark adaptation with a test that can be completed in just a few minutes.

AdaptDx is not only much faster than older methods, but also more sensitive and specific. In clinical studies involving more than 1,000 patients, AdaptDx has proven to be 90% sensitive and 90% specific for the presence of AMD. The clinical studies were conducted at renowned research centers such as Harvard University, Duke University, the National Eye Institute, and the University of Alabama at Birmingham. Gregory Jackson, PhD, Co-founder and Chief Technology Officer of Maculogix, is the principal inventor of AdaptDx and one of the world’s leading experts on AM and dark adaptation.

AdaptDx is supported by more than twenty patents and has received FDA 510(k) clearance and a CE mark. It is also cleared for use in Canada.

Why test for AMD?

According to recent studies, at least 25% of AMD is undiagnosed by primary eyecare professionals in a dilated fundus examination. We can do better.

Leading-edge ophthalmologists and optometrists in eight countries on three continents around the world use the AdaptDx. By using the AdaptDx, they have more than doubled their diagnosis of AMD patients who otherwise might not have been identified until vision loss occurred.

Early detection and monitoring can prevent unnecessary vision loss by facilitating interventions at the earliest possible stages. For example, in NIH-sponsored clinical trials, intervention with vitamin therapy has been proven as effective in managing dry AMD as anti-VEGF therapy is in slowing the progression of AMD.

The test is non-invasive. It’s conducted in a darkened room with the patient’s chin and forehead resting on comfortable supports similar to those on other eye care instruments. With a 92% concordance of dark adaptation status between eyes, the AdaptDx can be used unilaterally for screening and monitoring.

Measurement starts by exposing the test eye to a mild flash (less intense than a normal camera flash) to pre‐condition the retina to a standard photobleached state. The patient is then asked to focus on a fixation light and indicate with a hand-held response button when a stimulus light appears. Stimulus lights are presented at a fixed location using a pattern of generally decreasing intensities to determine visual sensitivity recovery.

Most patients report the experience is similar to visual field testing for glaucoma and it takes about the same amount of time. 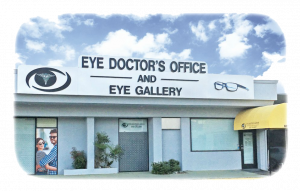